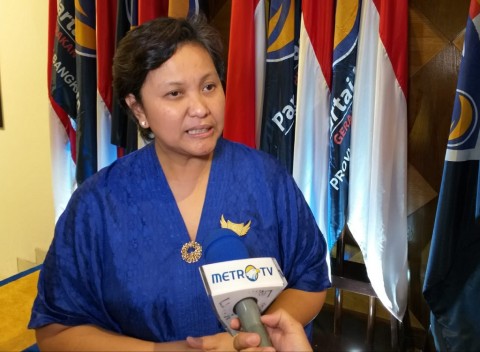 "After a number of prevention efforts during the Christmas and New Year 2022 holiday, a collective movement is necessary to prevent the spread of Omicron and to stop it at international arrivals and quarantine zones," she remarked in a statement released here on Wednesday.
BERITA TERKAIT

Such a movement is needed in response to the data from the COVID-19 Task Force, which has shown an increase in COVID-19 cases, she said.

According to the data, as of Tuesday, confirmed Omicron infections have increased to 254 in Indonesia, she added.

This figure includes 239 imported cases detected in international travelers and 15 locally transmitted cases, with the patients showing mild to no symptoms, she noted.

Since the majority of these cases were imported, consistent monitoring of international arrivals is essential, she said.

"The prevention effort should not only be done by workers from related institutions, but it should also be supported by the entire parties in the nation's entryways and quarantine locations," she stressed.

According to Moerdijat, negligence in prevention efforts within these locations could potentially allow the Omicron variant to spread to several regions in the nation.

Thus, a collective movement from stakeholders and the public is necessary to prevent the spread of the new COVID-19 variant, she said.

"This movement can be in the form of stringent implementation of the health protocols and complying with a number of policies together to create a comprehensive prevention step," she elaborated.

In addition, she urged stakeholders to consistently conduct testing and tracing, prepare health facilities to handle the emergence of COVID-19 positive cases, and work on achieving the national vaccination target.