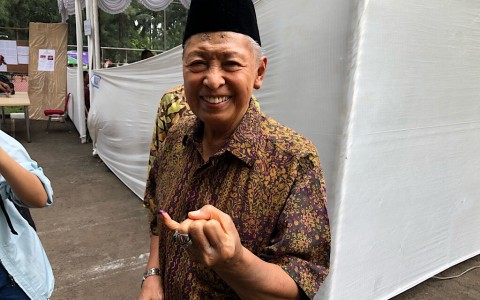 "He is in good condition. He can still communicate with his family. People can still visit him," said the PPP lawmaker here on Friday.
BERITA TERKAIT

"He has a health problem due to old age. It is not covid-19. He is quite old," Arsul explained.

The 80-year-old man served as vice president from 2001-2004. He won the vice president election in the parliament, defeating Akbar Tanjung, Susilo Bambang Yudhoyono and Siswono Yudhohusodo.

During his leadership, PPP became one of the most influential political parties in Indonesia. In 1999 and 2004, the political party collected the third most votes in general elections.