President's Power Must be Limited: PKS 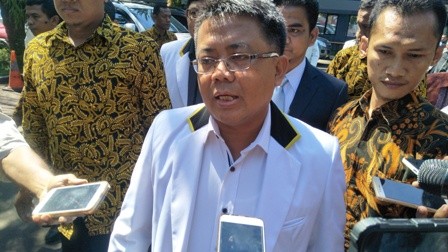 "PKS is committed to maintaining the spirit of reform and democracy by limiting power, not increasing power, so there is no abuse of power," PKS President Sohibul Iman said in Jakarta on Wednesday, November 27, 2019.
BERITA TERKAIT

He explained that PKS still supports the proposed amendment of the 1945 Constitution. However, he stressed that the amendment must be based on the will of the people, not merely the interests of the elite or certain groups.

"Just like the first, second, third and fourth amemndments in the 1999-2002 period after the 1998 Reformation," he remarked.

People's Consultative Assembly (MPR) deputy speaker Arsul Sani said the institution will acommodate aspirations related to the proposed amendment to the 1945 Constitution. He revealed that some people wants to extend presidential term limits.

According to Arsul, MPR is still discussing the proposed amendment of the 1945 constitution.They have yet to determine the scope of the amendment.