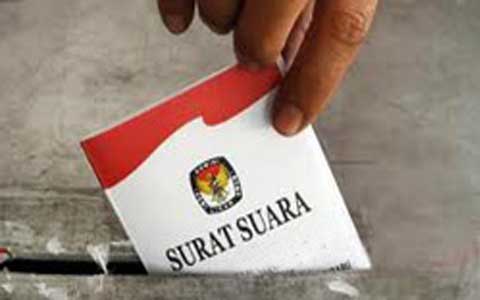 "I think I highly laud the decision of Mr Prabowo and Sandi to refer any matter with the MK," Jokowi stated after delivering his victory speech in a kampong cluster in Tanah Tinggi, Central Jakarta, on Tuesday.
BERITA TERKAIT

Jokowi remarked that filing a lawsuit with the MK to challenge the election result is every citizen's right and is in accordance with the law and Constitution.

He highly supports Prabowo in taking the constitutional route rather than the opposite action.

MK has allowed any party to challenge the election result within three days of its announcement from Tuesday (May 21) to Friday (May 24).

"The meeting reached a decision that the Prabowo-Sandi candidate pair will file a lawsuit in the Constitutional Court," Ahmad confirmed here, Tuesday.

Ahmad noted that in the next few days, his side will ready the lawsuit materials in accordance with the deadline to advance the lawsuit to MK.

Ahmad believes several important considerations were to be submitted to the MK, including the glaring disparities in vote counting.

The Indonesian Election Commission (KPU) had earlier determined the vote tally for the 2019 Election following the overall recapitulation at the national level at the KPU building in the wee hours of Tuesday.