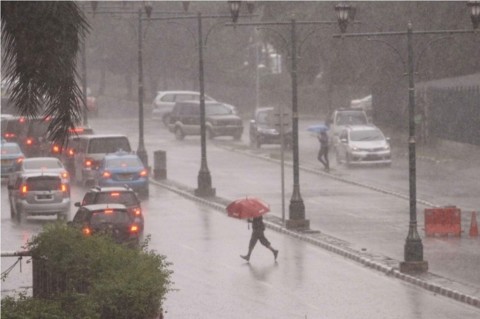 Nevertheless, The island of Java does not escape BNPB's monitoring. The Java region is dense and has minimal water absorption. As a result it is easily exposed to the risk of flooding despite low rainfall intensity.

"However, there are some areas in java region that have not been affected by rain yet," Agus explained.

He explained that rainy season has several disaster risks. Hurricanes, floods, landslides, and fallen trees may occur. For this reason, community participation is needed to maintain safety.

"Trim the leafy branches off trees, so it does not collapse," Agus said.