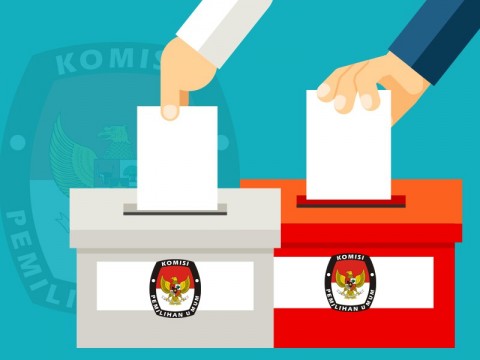 Illustration (Photo:Medcom.id/M Rizal)
Jakarta: Vice President Ma'ruf Amin has appealed to all contestants of the upcoming simultaneous regional elections to steer clear from the corruptive influence of money on politics.

"This elections should not be marred by money politics," Ma'ruf stated at the launch of the 2020 Regional Elections Vulnerability Index (IKP) here on Tuesday, February 25, 2020.
BERITA TERKAIT

In addition, the election supervisory agency was also urged to adopt stern measures against those found flouting rules during the elections, such as spreading hate speeches, engaging in money politics, and committing other violations.

"Do not spread hoaxes, steer clear from damaging actions, do not politicize issues on SARA (ethnic, religion, race and inter-group)," the influential cleric said.

Ma'ruf admitted that elections in Indonesia have, from time to time, encountered various challenges. However, these challenges should not become roadblocks for the nation in its pursuit for a better democracy.

As many as nine provinces, 224 regencies, and 37 cities will hold simultaneous regional elections on September 23, 2020.