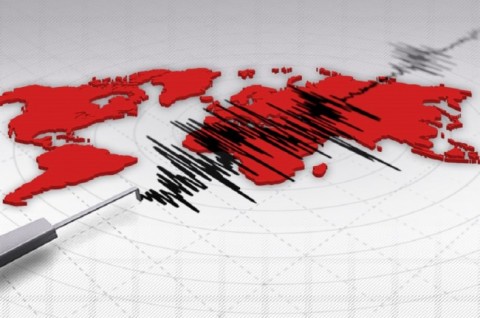 Illustration (Photo:Medcom.id)
Jakarta: A 5.1-magnitude earthquake hit areas of Bovel Digoel Regency, Papua Province , Indonesia, on Wednesday, at around 8:06 a.m. local time, though no immediate reports of damages or casualties were received in the aftermath of the quake.

The earthquake's epicenter was located at some 59 kilometers away from north-east of Kota Tanah Merah, the capital of Boven Digoel Regency, at a depth of 10 kilometers, according to the Jakarta-based Meteorology, Climatology, and Geophysics Agency (BMKG).
BERITA TERKAIT

Based on its epicenter and depth, it was categorized as a shallow earthquake, caused by a local fault's activities. This tectonic earthquake was caused by an oblique-thrust fault, the agency revealed.

In February 2018, a 7.4-magnitude earthquake rocked Boven Digoel, causing damage to several buildings, including a mosque in Mindiptana area.

Located on the Circum-Pacific Belt, also known as the Ring of Fire, the meeting points of several tectonic plates where frequent volcanic and seismic activities occur, Indonesia is susceptible to natural disasters, including earthquakes and volcanic eruptions. (antara)