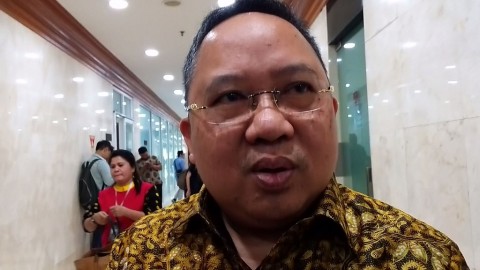 PPP Lawmaker Syaifullah Tamliha (Photo:Medcom.id/Kautsar Widya Prabowo)
Jakarta: The government is asked tocarefully study a plan to return hundreds of Indonesian citizens (WNI) who are ex-ISIS members.  This is important so that the public feel calm.

"They (the government) must be like the KPU (the General Elections Commission), former corruptors must be announced," said House of Representatives (DPR) Commission I member Syaifullah Tamliha at the Parliamentary Complex, Central Jakarta on Wednesday, 5  February 2020.
BERITA TERKAIT

"If that is the case, these former ISIS members must be monitored continuously," the United Development Party (PPP) lawmaker added.

He asked the existence of ex-ISIS members in the country not to make the public uneasy.  The government must ensure that their activities do not have a negative influence.

"We still have to have clear standards," he said.

A total of 600 ex-ISIS citizens are planned to be repatriated to the country.  Indonesia is said to be obliged to accept and reeducate citizens who are exposed to radical views.

"So that their radical views can be erased and will not be transmitted to other Indonesian people," he said.