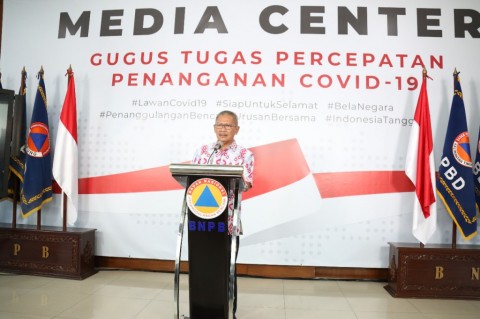 According to the spokesman, the total number of recoveries in the country has reached 31. In the meantime, the death toll has reached 58.

"There are three more deaths. The total number of deaths is 58," he stated.

Led by Saudi Arabian leader King Salman, the members of the G20 will hold a virtual extraordinary summit on the handling of the coronavirus pandemic on Thursday, March 26, 2020.

At the meeting, President Joko "Jokowi" Widodo will discuss with leaders of G20 member countries and related international organizations including the UN, WHO, World Bank and IMF.