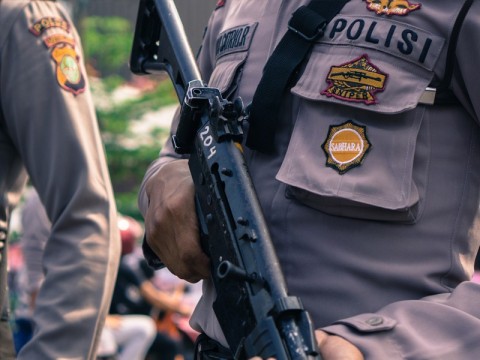 "This was a successful and extraordinary operation by our police officers. It needs to be highly appreciated. I request Mr. Speaker of the South Kalimantan Provincial Legislative Body Supian HK to help provide the reward," he said at a press conference here on Monday, March 16, 2020.
BERITA TERKAIT

The governor said South Kalimantan investigators confiscated a large consignment of drugs. "Our police have just uncovered a Malaysian drug ring and seized 22.7 kg of crystal methamphetamine," he said.

During the recent drug operation, police apprehended a suspect, identified only by his initials as DA. The 25-year-old courier told investigators that he was paid Rp20 million to transport the drugs.

Governor Sahbirin Noor said the war on drugs demands never-ending hard work to save the people of South Kalimantan Province from drug abuse.

"I cannot imagine what would have happened if this huge drug consignment had reached our people. It would have affected the generation of the Land of Lambung Mangkurat," he said. (Antara)