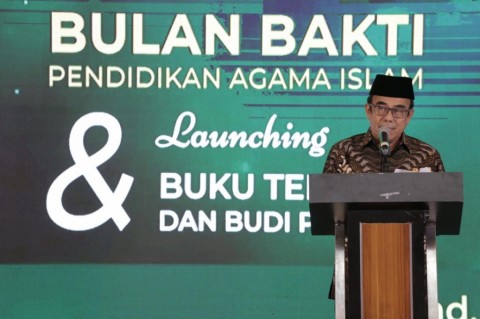 First, said the Minister of Religious Affairs, radicalism enters through the education curriculum and exam questions. He revealed that the latest exam questions were found to contain inappropriate religious content.

"We at the Ministry of Religious Affairs have tried to make a strict and careful selection," said Fachrul Razi, in his press release, Jakarta on Tuesday, December 17, 2019.

Then, the second is through a schools extracurricular activities. For this reason, he suggests that extracurricular coaches must obtain  recommendations and pass assessments.
BERITA TERKAIT

Fachrul Razi asked all Islamic Education teachers and educational institutions to be aware of how radical understanding enters the education system.

"The third way, is namely through the role of  teachers. all Islamic Religious Education (PAI)  teachers and other instructors are asked to always carry Islamic lessons with Islamic values," he explained.

Previously, the Ministry of Religious Affairs (Kemenag) released the Islamic Religious Education Textbooks  which will be used in schools in 2020. The use of this books is expected to be accompanied by an increase in the role of PAI teachers who are very important in building strong characters.