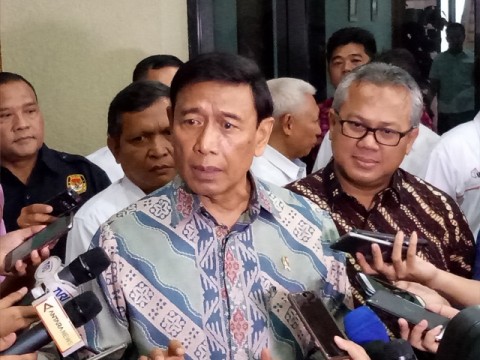 "The appointment was based on his experience and track record," President Jokowi here on Friday, December 13, 2019.
BERITA TERKAIT

"He was used to resolve a wide range of issues," the former Jakarta governor added.

The appointment of the nine Wantimpres members was based on Presidential Decree Number 137 of 2019 concerning Appointment of Membership in the Wantimpres for the 2019-2024 period. The inauguration was held at the State Palace, Jakarta on Friday, December 13, 2019.

They consisted of politicians, businessmen, former Ministers of the Working Cabinet, and religious leaders. After reading the Presidential Decree, Jokowi guided the President's advisors to take an oath of office under their respective holy books.

Here are the names of the nine members of the Presidential Advisory Council for the 2019-2024 period: