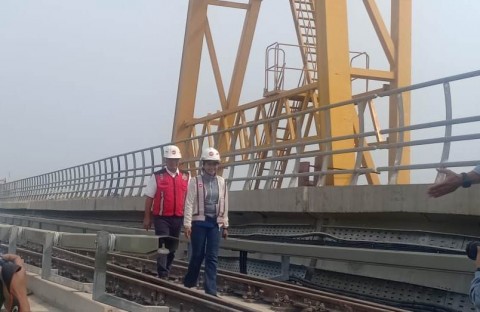 "We will commence the trial in September. We will work together with the Transportation Ministry," the minister said here on Friday.
BERITA TERKAIT

"If we can do that, the LRT can obtain the permit in October or early November," she added.

PT Adhi Karya CEO  Budi Harto said that the progress of the project has reach 85 percent. He predicted the Greater Jakarta LRT project can be fully completed by 2022.

The Greater Jakarta LRT is planned to connect Jakarta with Depok, Bekasi and Bogor. It is expected to ease traffic congestion in Jakarta and its satellite cities.

In March, President Joko "Jokowi" Widodo inaugurated the country's first mass rapid transit (MRT) line in Jakarta. In his remarks, the operation of MRT Jakarta marked the dawn of a new era in Jakarta.