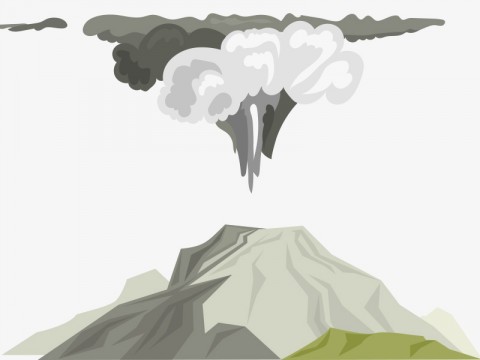 Illustration (Photo:Medcom.id)
Jakarta: The Center for Volcano and Geological Disaster Mitigation (PVMBG) has confirmed that the volcano status for Mount Ile Lewotolok currently is Level 3 (watch), the second highest level.

There was an eruption of Mount Ile Lewotolok, Lembata, East Nusa Tenggara (NTT) on Sunday morning with the observed height of the ash column around 4,000 m above the peak.
BERITA TERKAIT

The ash column was observed to be gray with a thick intensity leaning east and west.

This eruption was recorded on a seismogram with a maximum amplitude of 35 mm and a duration of around 10 minutes.

"Responding to the increase in volcanic activity, PVMBG has issued several recommendations," said the National Disaster Mitigation Agency (BNPB) in a press release on Sunday.

First, the agency recommended the people around the mountain and visitors, climbers or tourists to not do activities within a four kilometer radius from the crater.

Second, the agency recommended the use of masks and other protective equipment to prevent acute respiratory problems and other health problems.

Third, people who live around the rivers near the mountain are expected to be aware of the potential of lahar flow, especially in the rainy season.