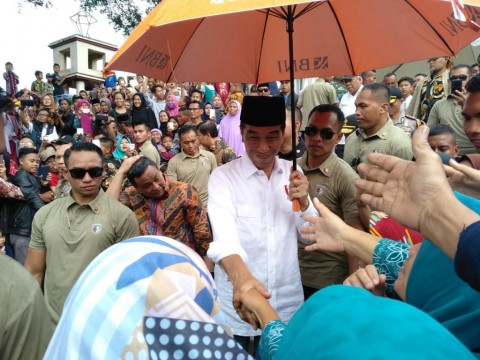 "He should form a good cabinet," Syafii  told reporters after the meeting.
BERITA TERKAIT

According to him, minister positions could be filled with politicians. Nevertheless, the candidates should have integrity and good track record.

In addition, the members of the upcoming cabinet should be loyal to President Jokowi. If not, the government will be hampered by many problems.

"He should not pick troublesome people," Syafii added.

President Jokowi earlier said that his ministers should not be affraid to take bold decisions. He revealed that the government will continue to improve bureaucratic system in the country.

Indonesia held its first ever simultaneous general and presidential elections on April 17. Voters elected the president, vice president as well as members of national and local legislative bodies on the same day.