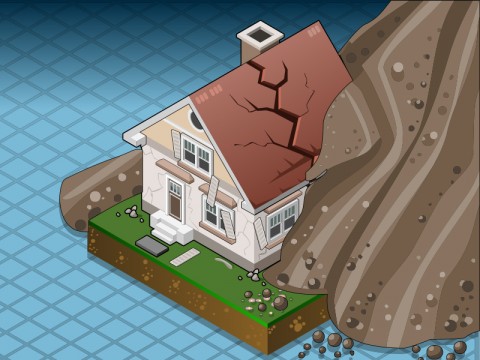 Illustration (Photo:Medcom.id)
Semarang: The Central Java Provincial Administration and the Central Java Regional Disaster Mitigation Agency have prepare a number of measures to anticipate hydrometeorological disasters during the peak of rainy season.

"In the past few years, the peak of rainy season occured between January and February. However, due to La Nina phenomenon, rainfall will start to increase in December," said Central Java Regional Disaster Mitigation Agency's Disaster Preparedness Section Head Adi Widodo here on Monday.
BERITA TERKAIT

According to him, last year, Magelang, Purworejo, Purbalingga, and Banjarnegara regencies were badly hit by hydrometeorological disasters, especially landslides.

"If people can stay vigilant, the number of casualties can be minimized," he stated.

Last week, Climatology and Geophysics Agency (BMKG) Dwikorita Karnawati said that the peak of La Nina is expected to occur in December to January, along with the arrival of the rainy season.

Dwikorita further said that the BMKG offices in Indonesia works hand in hand with offices of the Regional Agency for Disaster management (BPBD) and local governments to disseminate information on changes in weather to the public, and to prepare measures to anticipate the changes.