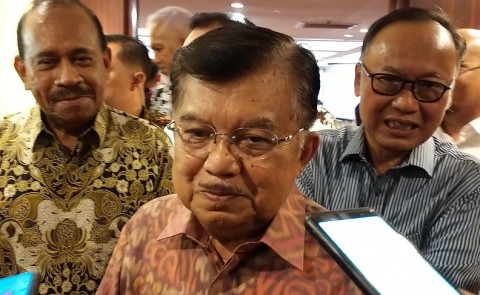 "We have talked sometime ago. I believe they will stay united," the former Golkar Party chairman said here on Tuesday, December 3, 2019.
BERITA TERKAIT

Kalla revealed that competition between Bamsoet and Airlangga could reduce public trust. He hopes the upcoming Golkar National Congress could elect the best leader.

"They will be only one winner. So it should be decided by consensus. We don't want to fight each other. It could divide the party. We don't want that," the Buginese politician explained.

He believes that his decision can help maintain the party's unity. He urged his supporters to reconcile with other party members.