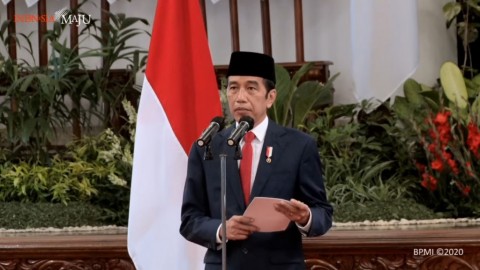 "The anniversary is not only commemorated by TNI members but also all elements of society in Indonesia," President Jokowi said.
BERITA TERKAIT

To tackle the spread of covid-19, every participant implemented strict health protocols, including wearing masks, washing hands and maintaining distance.