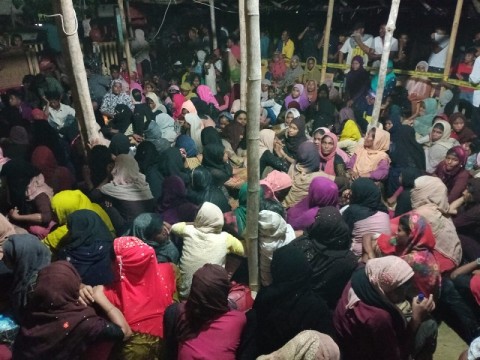 According to him, the stranded Rohingya refugees will be verified by local immigration officials and a task force from the Lhokseumawe city government. The police will also help the verification process.

"Police and military personnel immediately visited the site after we received information from local residents. We then coordinated with immigration officials," Eko said.

Nearly 100 Rohingya asylum seekers were rescued by fishermen from Lhokseumawe City in June. The Indonesian government then provided assistance for them.