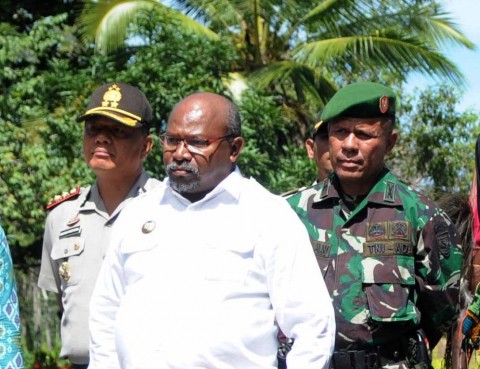 The Regent of Merauke, Frederikus Gebze, said, the Indonesian people had enjoyed the wealth donated by native locals from Papua. He along with four regents in the Southern region of Papua fully supports the formation of the Province of South Papua.

"I emphasize that it is for indigenous Papuans in southern Papua. If we still fight each other for rice, maybe we will continue to get bones,"said Gebze on Thursday, November 28, 2019.

According to Gebze, people in South Papua need a new vision and future to lift the dignity of people in the southern region of Papua. The Interior Ministry previously assessed that South Papua will become a new autonomous region.

"South Papua is ready. It means that the relevant stakeholders are ready. The regent, the communities and the community leaders are ready, "said the Director-General of Regional Autonomy of the Ministry of Home Affairs Akmal Malik on Thursday, November 21, 2019.

He said the expansion will depend on a mutual agreement between the central government, the House of Representatives, regional governments in Papua and other groups. Later, the government will establish a law which will be the basis for the creation of the new province.