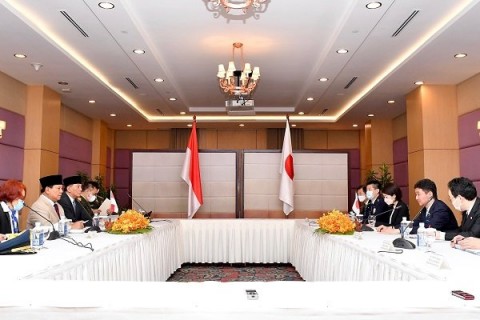 "At the outset of the meeting, the Ministers exchanged gratitude to meet again since the Shangri-La Dialogue in June 2022," the Japanese Defense Ministry said in a press release on Tuesday.
BERITA TERKAIT

The Ministers exchanged views on the regional security issues including Ukraine, the South China Sea and North Korea.

They reaffirmed their commitment to further enhancing coordination bilaterally.
"On top of that, concerning the situations inthe region, Minister Kishi reiterated his strong opposition to unilaterally change, or attempt to change, the status quo backed by force or escalate tensions," the Ministry stated.

They concurred in strengthening defense cooperation and exchanges between both countries while maintaining close communication between respective defense establishments.