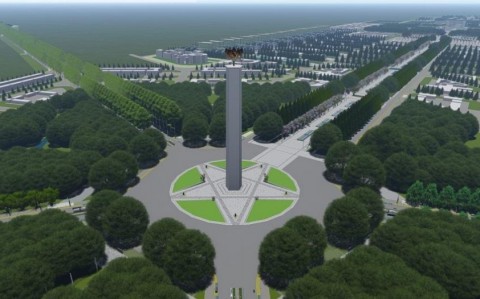 Illustration (Photo:Ministry of Public Works and Public Housing)
Jakarta: The government plans to issue an omnibus law on new capital develipment to amend as many as 57 overlapped regulations.

"There are a lot of laws that need to be changed or at least synchronized," he said here on Friday, November 29, 2019.

According to him, the revision of the capital city law has been submitted to the House of Representatives (DPR) to be included in the 2020 National Legislation Program (Prolegnas). On the other hand, the Presidential Regulation on the establishment of a specialized body is still being prepared.

"The Presidential Regulation is also being prepared," he said.

"The important thing is the rule can be used immediately. if not, we cannot start," he concluded.

The process of developing this new capital city will require at least IDR466 trillion in funds. Of that amount, the portion of the APBN will reach IDR89.4 trillion or 19.2 percent.