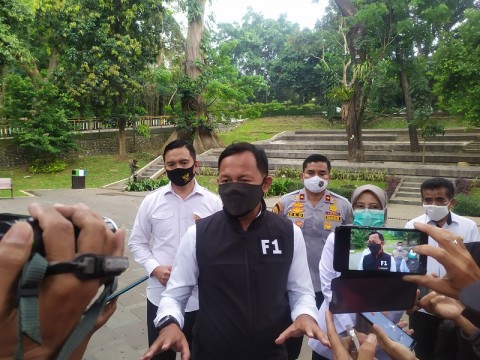 "We will monitor the implementation of PSBMK in every neighborhood unit (RT) and community unit (RW)," the mayor said here on Tuesday.
BERITA TERKAIT

To tackle the spread of coronavirus in the city, the Bogor city government will establish education and monitoring units. The units will be supervised by Bogor Deputy Mayor Dedie Rachim.

According to Bima, the Education Unit will promote the strict implementation of health protocols. The team will consist of local officials and religious leaders.

Meanwhile, the Monitoring Unit will monitor the movements of people between Bogor and Jakarta. Bogor is one of the satellite cities of Indonesia's capital.

"We will monitor the strict implementetation of health protocols in crowded areas," he stated.