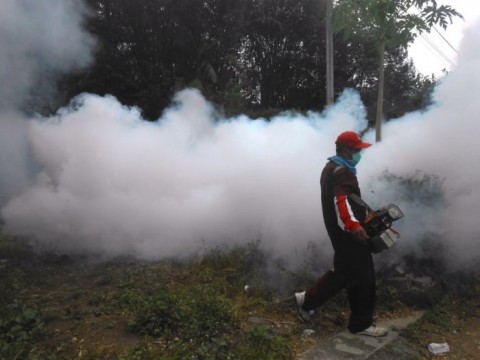 "Apart from COVID-19, the residents must also pay attention to the threat of dengue fever, which in early 2022 hit (the province), and the number of its cases is increasing," she noted here on Friday.
BERITA TERKAIT

The governor cited the East Java Health Office's data in which during the period from January 1 to January 27, 2022, the number of dengue fever sufferers in the province had reached 1,220, with the death toll reaching 21 chiefly constituting residents in the age bracket of five to 14 years.

The highest number of sufferers was recorded in Bojonegoro, reaching 112 people, followed by 82 in Nganjuk, 73 in Malang District, 64 in Ponorogo, and 61 in Tuban.

Regions with the highest number of deaths due to dengue fever were Pamekasan, with three fatalities while two deaths each in Bojonegoro and Nganjuk.

This figure increased as compared to the previous year, wherein during January 2021, some 668 dengue fever sufferers were recorded in East Java, with five reported deaths.

According to the governor, one of the efforts to prevent dengue fever was conducting the "3M plus" movement aimed at cleaning areas where mosquitoes usually exist.

The movement includes draining out or cleaning bathtubs, flower vases, and also pet water bottles, tightly closing water storage containers and recycling or getting rid of used goods, such as plastic bottles, used cans, and others.

"We are seeking community participation and empowerment by involving every family in the inspection, monitoring, and eradication of mosquito larvae for disease control," the governor remarked.