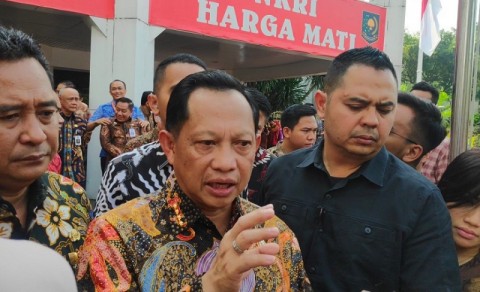 The appointment was made because Minister Tjahjo Kumolo passed away on Friday, July 1, 2022.

The appointment was stated in Letter B-596/M/D-3/AN.00.03/07/2022 which was signed by Minister of State Secretary Pratikno.
BERITA TERKAIT

In the letter, Tito's tenure as an ad interim minister was stated.

"That the President (Jokowi) is pleased to appoint the Minister of Home Affairs (Mendagri) as Ad Interim Minister of Administrative and Bureaucratic Reform, from July 4 to 15, 2022," Pratikno wrote in the letter on Tuesday, July 5, 2022.

The Indonesian Democratic Party of Struggle (PDI-P) politician died after being treated at a hospital in Jakarta for more than a week.

The senior politician was buried in the Kalibata Heroes Cemetery (TMP) in Jakarta Special Capital Region.