SOEs Minister Files Report on Garuda Indonesia Case to AGO 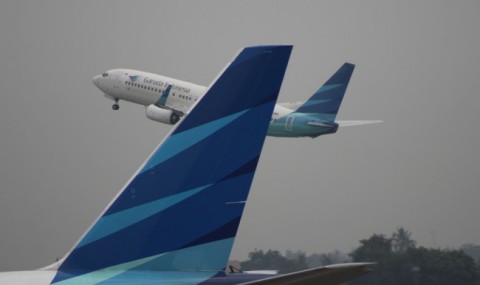 "We provide evidence from the investigative audit, so it is not an accusation," Thohir said in Jakarta on Tuesday.
BERITA TERKAIT

The report outlines the government's plan to restructure Garuda Indonesia as well as provides evidence regarding the procurement of ATR 72-600 aircraft, he informed.

For the past two years, Garuda Indonesia has faced a financial storm due to past mismanagement, which caused the company's debt to swell to more than Rp140 trillion, Thohir said.

The SOEs Ministry has taken steps to restructure and save the state-owned airline, he added. He emphasized that the ministry will focus on transforming the airline to make it more accountable, professional, and transparent.

"This is not just arresting or punishing related individuals, but improving the overall administration," he informed.

"We are synchronizing the data and we hope that it will encourage the development of other cases in SOEs," Burhanuddin said.

More than 470 creditors have submitted claims of up to US$13.8 billion or equivalent to Rp198 trillion to Garuda Indonesia as of January 5, 2022, as part of a debt recast.

After the verification is completed, the PKPU team will on January 19, 2022, decide on the amount that will be considered valid and can be included in the restructuring process, he added.

The Garuda management had earlier submitted a proposal to reduce its liabilities by more than 60 percent from US$9.8 billion to US$3.7 billion through restructuring.

The proposal aimed to help the company survive amid the COVID-19 pandemic, which has lasted for two years.

Gontha urged the SOE Ministry to dismantle past cases of alleged corruption in the company related to aircraft leasing.

He had cited issues related to powerful groups in the company and the price difference between Boeing 777-300ER aircraft rental and CRJ1000 aircraft purchase.

Ghonta said he had reported the problems to several institutions ranging from the director-general of the Ministry of Law and Human Rights to the chairman of the Corruption Eradication Commission (KPK).