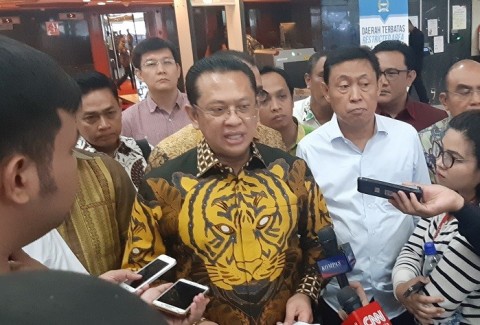 The declaration was carried out at the Parliamentary Complex, Senayan, Central Jakarta on Friday, November 22, 2019.
BERITA TERKAIT

"By realizing my love for the Golkar Party, God Willing, I Bambang Soesatyo express my readiness to participate in the Golkar Party chairman election," Bamsoet said at the Parliamentary Complex, Senayan, Central Jakarta on Friday, November 22, 2019.

Bamsoet said the decision was based on aspirations and support of several Golkar Party wing organizations. Among them, Pancasila Youth and aspirations from the regions.

"It is not strong enough for me to reject them," said the Speaker of the People’s Consultative Assembly (MPR).

The Golkar Party National Congress will be held on December 3-6, 2019 in Jakarta.