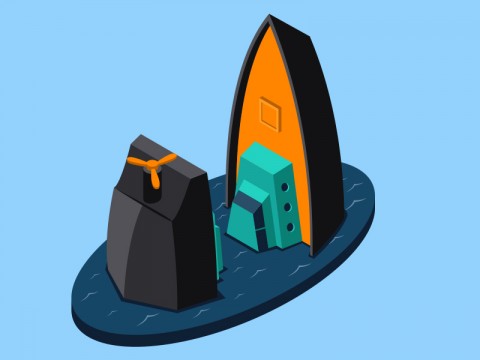 The motor vessel sank whilst it was about to depart from a smallholder port in Limapuluih area on early Friday.

The vessel overturned and sank after being struck by the water currents of Siak River, the deepest river in Indonesia, he remarked.

"The water currents were strong when the motor vessel turned around and sank afterwards," he remarked.

The motor vessel had onboard 80 tons of basic necessities. When it sank, some of the items, including biscuits, instant noodles, cooking oil, and eggs, toppled into the river, thereby leading to a skirmish of sorts among the local residents, who scampered about to get hold of them.

The local residents used canoes to get the food items, while others swam near the sunken motor vessel to seize the goods, he stated.

"All the items have been taken away. I could not stop them since they came in large numbers. One to two thousand people were taking the goods," he pointed out.

All six crew members of the ill-fated motor vessel survived the accident. (antara)