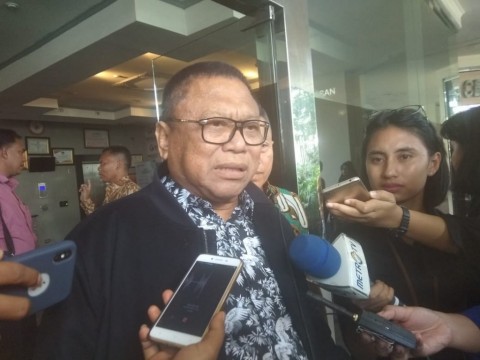 "I am very grateful for the President's admiration (Joko Widodo). But I will continue to be with my colleagues," OSO said at the Presidential Palace Complex, Central Jakarta on Friday, December 13, 2019.
BERITA TERKAIT

According to him, he was not allowed to concurrently hold the position of party leader. Nevertheless, he guaranteed to continue to support the Jokowi-Ma'ruf government for the next five years.

OSO was reluctant to reveal the names of the Wantimpres members who will be appointed at the State Palace this afternoon.

The Council is tasked with providing advice on governance to the president as referred to in Article 16 of the 1945 Constitution. Suggestions are submitted both individually or as a whole of all members on the board.