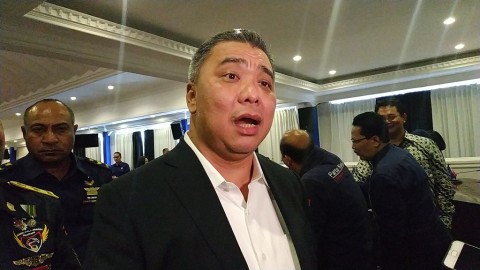 "Not five percent but seven (percent). Consistent at seven. Seven percent is a rational number for the NasDem Party Central Executive Board (DPP), then we want to strengthen the party's consolidation," said Deputy Chairman of the NasDem Party, Ahmad HM Ali, at the Akademi Bela Negara Partai NasDem office, Jakarta on Thursday, January 16, 2020.

The figure is seven percent higher than the Indonesian Democratic Party of Struggle (PDI-P) proposal which wants a five percent parliamentary threshold. However, NasDem is optimistic that it can cross the seven percent threshold. Moreover, NasDem could reach 12,661,792 votes or 9.05 percent in the 2019 Legislative Election (Pileg).

According to him, the NasDem R&D Agency has reviewed this threshold well. He stressed; the seven percent threshold was ideal.

NasDem, he explained, had already voiced the increase in the parliamentary threshold when discussing the revision of the Election Law in 2019. However, the threshold issue was no longer the focus of NasDem. Surya Paloh's party is now focused on winning the election.

"We are not only optimistic (to surpass the parliamentary threshold). We want to be winners in 2024," he concluded.