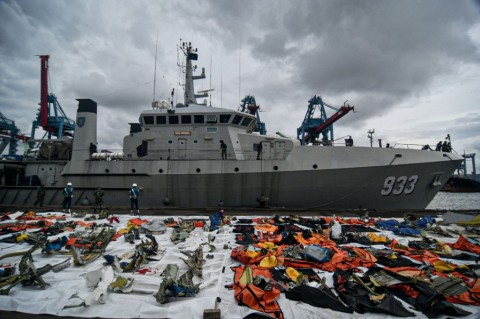 
"If the public submit new information, we will respond to it," the official stated.

“I would like to express my gratitude and appreciation, the highest appreciation to the joint SAR Team consisting of Ministry of Transportation, the Search and Rescue Agency (Basarnas), the Indonesian National Defense Forces (TNI), the Indonesian National Police (Polri) and KNKT (the National Transportation Safety Committee), and all stakeholders that I can’t possibly mention one by one, for their strong efforts since the beginning of the accident until now,” said the President, as quoted by the Cabinet Secretariat's website.

For the record, the last contact of the aircraft en route from Jakarta to Pontianak was on January 9 at 14:40 Western Indonesian Time (WIB),

Later, the debris of the aircraft were found in the waters of the Seribu Islands.

During the operations, the joint team succeded in finding large and small parts of the aircraft body, along with the flight data recorder.

According to reports, the National Tranportation Committe will still continue to search for the airplane's cockpit voice recorder, the other part of the black box.