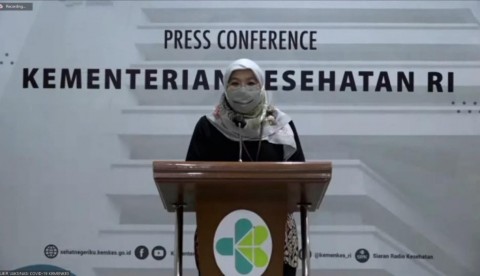 "There is no likelihood of a pandemic if you look at the developments pertaining to the number of cases and, so far, only six countries have reported acute hepatitis, with several cases of more than six patients," Tarmizi noted when confirmed here on Wednesday.
BERITA TERKAIT

The spokesperson remarked that all were suspected cases of mysterious acute hepatitis.

Meanwhile, former director of Infectious Diseases of WHO Southeast Asia, Prof. Tjandra Yoga Aditama, called for a preliminary WHO study to be conducted for evaluating the likelihood of acute hepatitis becoming a pandemic.

"Regarding the possibility of any disease becoming a pandemic, it will go through a process to be determined first as a Public Health Emergency of International Concern (PHEIC)," he explained.

Tarmizi noted that PHEIC will measure several barometers of the pandemic status, including the disease spread across continents, causal to significant health problems, and new types of diseases.

"We will thereafter look at the progress again. If it continues to spread, only then will it be called a pandemic," he remarked.

Regarding the 15 suspected cases of acute hepatitis in Indonesia, he deemed it necessary to explain whether the cases were classified as probable, epidemiologically-linked, or still pending that required further investigation.

"At least it would be good if it was mentioned how were the results of the hepatitis A to E virus examinations in the 15 cases," he noted.

He also pushed for the results of laboratory tests regarding the possibility of other viruses, such as SARS-CoV-2, Adenovirus, and Epstein Barr, or possibly toxins and the presence or absence of autoimmune conditions.

"If there are already 15 cases, then of course, an in-depth Epidemiological Investigation (PE) has been conducted, so that transmission patterns can be identified, both between cases and also with the environment and others," Aditama noted.