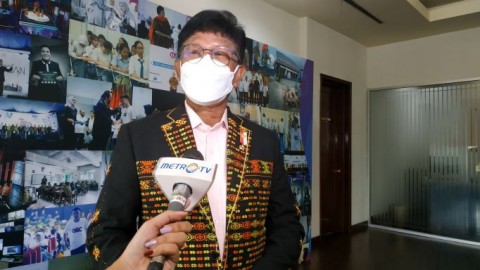 The attempt is a response to the development of the media industry ecosystem and digital technologies, such as augmented reality, virtual reality, metaverse, artificial intelligence, and 5G, he said.
BERITA TERKAIT

"One of the goals of the regulation is to accommodate business and journalism orientation of mass media industry. Thus, digital technologies can be optimally advanced and utilized for the benefit of the community," the minister remarked, according to a press release received here on Tuesday.

Indonesia has adequate regulations to anticipate the development of digital technology, such as Law Number 11/2008 and its amendment on Electronic Information and Transactions, he noted.

However, the government will continue to push for more regulations that can help sustain collaboration among mass media, publishers, digital platforms, as well as the media ecosystem in Indonesia, Plate added.

Currently, the government is preparing the legal framework to realize quality journalism, he informed.

The framework will also regulate the responsibilities of digital platforms by considering the draft on publisher rights submitted by the Press Council and the Media Sustainability Task Force.

"The Communication and Informatics Ministry will coordinate with various stakeholders to prepare a number of regulations in response to the demand for digital development,” the minister said.

He further said he expected that with the support of various policies and regulations, the press would continue to improve its quality to educate and maintain the unity of Indonesia.

The peak event of the 2022 National Press Day commemoration will be held on February 9, 2022.