Prabowo Predicted to be Re-elected as Gerindra Chairman 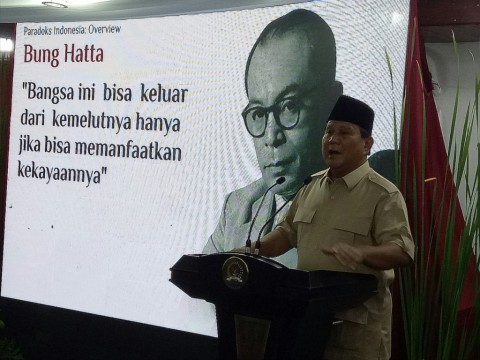 The party is scheduled to hold a national congress in the near future. The defense minister is predicted to be re-elected as party chairman.
BERITA TERKAIT

"God willing, Pak Prabowo will be the sole candidate. I think we are solid. There are no different views," the People's Consultative Assembly (MPR) deputy speaker stated.

Nevertheless, Muzani refused to reveal the exact date of the upcoming national congress. According to him, the detailed scheduled is still being discussed by the party officials.

"It will be held this year. The schedule and the venue will still be discusse by representatives of regional branches," he explained.