Capability of ASN in New Capital Cities Must Be Bright 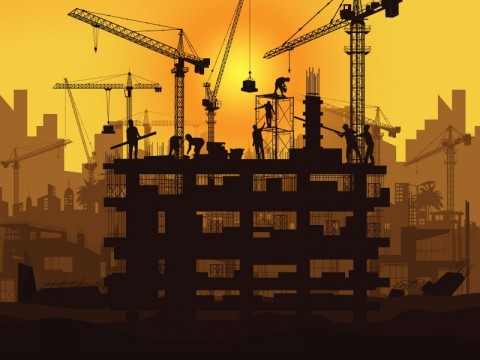 Illustrated by Medcom.id
Jakarta: As many as 118,513 state civil servants (ASN) with a maximum age of 45 years will be moved to the country's new capital in East Kalimantan (East Kalimantan). However, they will be selected based on ability.

"The competency and educational background are being checked again," Minister of Administrative and Bureaucratic Reform Tjahjo Kumolo told Medcom.id on Tuesday, January 21, 2020.

According to him, the number of ASN sent from DKI Jakarta to East Kalimantan is probably less than 118 thousand. The reason is that those that are not in accordance with the required competencies is considered not ready to move.

Moving these personnel will cost Rp1.89 trillion. However, Tjahjo did not specify the budget that will used for the transfer of ASN.

"About the budget (ASN transfer), of course it can still change," said Tjahjo.

The number of ASNs transferred was added to structural officials in government agencies which totaled 2,356 people. This figure is divided into high leadership positions (JPT) of 16 main people, 461 middle JPT, and 1,879 JPT pratama.

The government will move the capital to parts of North Penajam Paser Regency and in parts of Kutai Kartanegara Regency, East Kalimantan. The location contour of the new capital city is hilly because it is a former industrial forest with an area of 256 thousand hectares with a core area of 56 thousand hectares.

Of that amount, the portion of the State Budget (APBN) reaches Rp89.4 trillion or 19.2 percent. The rest, relying on Government Cooperation with Business Entities (KPBU) Rp253.4 trillion or 54.5 percent, the private sector including SOEs Rp123.2 trillion or 26.4 percent.

The government prepared two scenarios to move ASN to East Kalimantan. In the first scenario, all ASN totaling 182,462 people were moved without considering the age group by consuming a budget of Rp2.91 trillion.

This scenario is carried out assuming the institutional conditions of ministries / institutions and business processes are the same as now. In addition, the recruitment of new ASNs must be based on zero growth principles.

Meanwhile, the second scenario moves part of the ASN. Employees who inhabit the capital city are only 45 years old, totaling 118,513 people with a budget of Rp1.89 trillion.

With this scenario, the assumption used is that institutional and business processes turn into smart government. The new ASN recruitment is also based on zero growth principles for the next five years.