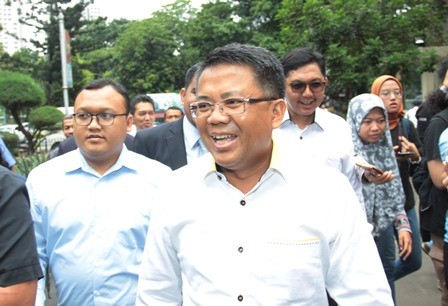 "He said maybe in mid-December or maybe in early January (2020)," Sohibul said at the Parliamentary Complex, Senayan, Jakarta on Tuesday, November 26, 2019.
BERITA TERKAIT

"He (SBY) is willing to communicate with us, just not right now," he said.

PKS will also meet with the leadership of the National Mandate Party (PAN). The PAN leadership will be ready to meet after their congress.

"They will be ready to meet later after that (congress). So, we will establish communication," he said.

he discussion is projected to focus on efforts to strengthen parties outside the government. The 2020 elections may also be discussed between PKS with the Democratic Party and PAN.