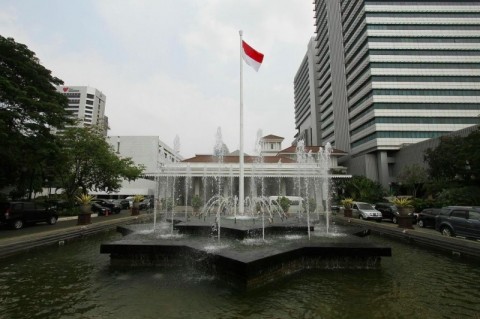 The office of Governor and Deputy Governor Jakarta, The DKI City Hall. Photo: MI/Arya Manggala
Jakarta: The Great Indonesia Movement Party (Gerindra) and the Prosperous Justice Party (PKS) have yet to find common ground regarding the candidates for deputy governor (cawagub) of DKI Jakarta. Gerindra claims that they will sit with PKS to discuss the names of DKI Jakarta’s Deputy Governor candidates.

Gerindra is reported to have given several names, DKI’s Regional Secretary Saefullah, Gerindra Advisory Board member Arnes Lukman, Gerindra Deputy Chairperson Ferry J Juliantono, and Deputy Secretary General of Gerindra Ahmad Riza Patria to become a candidate to replace Sandiaga Uno. However, Syarif was reluctant to comment about the names.

Meanwhile, PKS Faction Chairman Muhammad Arifin denied there would be a meeting with Gerindra to announce the name of Jakarta’s Deputy Governor. Arifin emphasized that PKS would not follow the agenda created by Gerindra.

"No (there was a meeting with Gerindra)," he stated.

The Deputy Governor's seat has been vacant for 17 months. The position was released by Sandiaga Uno who chose to participate in the 2019 presidential election.

Initially, Gerindra as the party supporting Anies Baswedan-Sandiaga Uno gave up the position of Deputy Governor was given to their coalition partner, PKS. The party made by Sohibul Iman offered the Deputy Mayor of Bekasi, West Java, Ahmad Syaikhu, and the General Secretary of the Jakarta PKS Regional Leadership Council, Agung Yulianto, to replace Sandiaga Uno.

The two names have been deposited to Jakarta’s DPRD. However, the discussion stagnated.

After the Chairperson, Prabowo Subianto failed to win in the 2019 Presidential Election, Gerindra again maneuvered in the election of the Deputy Governor of DKI. Gerindra submitted new names and asked PKS to choose one name to be deposited back to the House of Representatives (DPR).