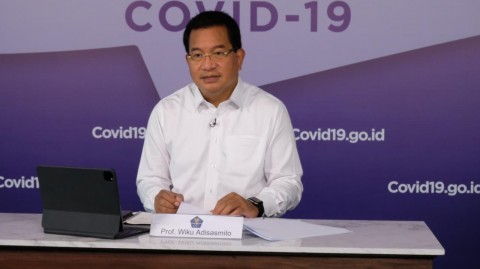 
"There are currently at least 150 countries that have more than 500 thousand confirmed Omicron cases. These six countries are included in the top 10 nations with the most cases, ranging from 3 thousand–160 thousand cases," he elaborated.

The six countries have recorded a significant rise in positive cases followed by a small increase in fatalities and demand for hospital treatment, Adisasmito said.

Out of the six countries, Italy has experienced the most significant increase in positive cases, with infections climbing 122 times to reach 1.3 million cases per week, he noted.

It is followed by Australia, where weekly cases have jumped 62 times to 760 thousand, France 43 times to 2 million cases, and Canada 18 times to 320 thousand cases, he said.

In addition, the United States has seen an 11-fold increase with cases reaching 5.6 million per week, while the number of cases in England has climbed two-fold to 700 thousand per week, he added.

"This very significant rise in positive cases has also been followed by an increase in the demand for hospital treatment," Adisasmito highlighted.

"Only France is implementing a quarantine policy, while the other countries are only closing their door to high-risk nations," he informed.

Observing the condition in these countries, it is important for Indonesia to control the COVID-19 situation within the nation, he affirmed.