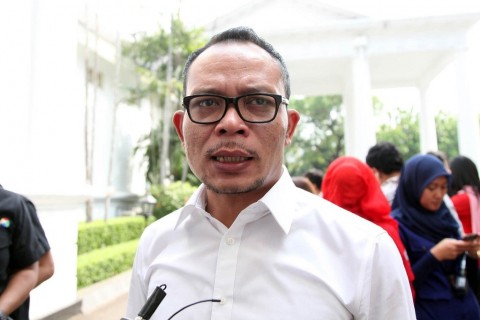 Former Youth and Sports Minister Imam Nahrawi stepped down from his position after the Corruption Eradication Commission (KPK) named him  as a suspect in an alleged graft case.
BERITA TERKAIT

"So Pak Hanif will hold two positions for around a month," Pratikno said here on Friday, September 20, 2019.

According to Pratikno, Hanif was appointed as the acting youth and sports minister because of his status as a member of the National Awakening Party (PKB).

Imam who resigned from the position is also a PKB politician.

Imam Nahrawi and his assistant Miftahul Ulum were named as suspects in an alleged bribery case related to the distribution of financial aid from the government to the Indonesian National Sports Committee (KONI) through the Youth and Sports Miftahul.  Imam allegedly received Rp 14.7 billion through Miftahul. He also reportedly asked for Rp. 11.8 billion from 2016-2018.