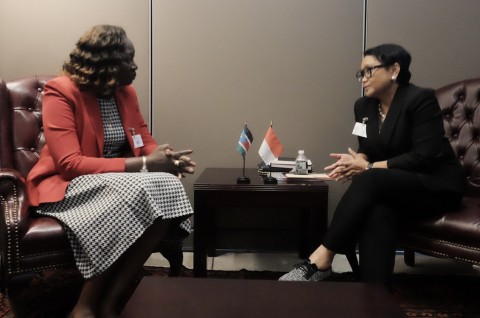 The Indonesian top diplomat talked about plans to officially open diplomatic relations between the two countries. The Indonesian minister also said that Indonesia supports the promotion of peace and stability in South Sudan.
BERITA TERKAIT

"We do not have diplomatic relations with South Sudan. It is a new country," Minister Retno told reporters after the meeting.

"We do not have any problems to start the diplomatic relationship. The process is still ongoing," she added.

South Sudan is a landlocked country in Central Africa region. It gained its independence from Sudan in 2011.

South Sudan has a population of 12 million. Around half of its population is below 18 years of age.