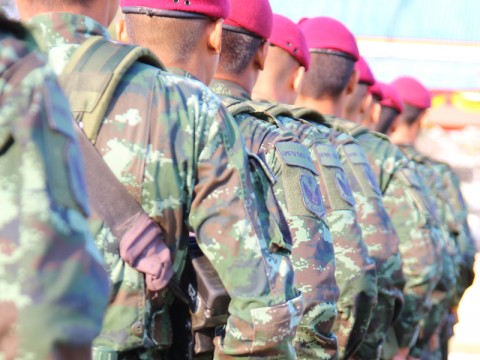 "I hope all personnel, who will conduct territorial duties at the district military commands within the administrative areas of the XVII/Cenderawasih Regional Military Command, will always uphold the local communities' cultural norms and traditions," he told the Army personnel.
BERITA TERKAIT

Addressing the roll call here on Tuesday, February 11, 2020 to observe the preparedness of army personnel for territorial duties, Asaribab expressed keenness to find out about the real condition of his men, who would join the task forces under the operational control of the district military commands.

"As the commander, I must know the condition of all soldiers and various hurdles that they may face before their deployment," he remarked while urging them not to stay quiet about their problems that may hinder their career and main duties as soldiers.

The rebels were engaged in repeated exchanges of fire with the Indonesian military and police personnel. They also launched deadly attacks on civilians over the past years and killed several of them.

The Papua Police recorded that from early January to December 28, 2019, a total of 23 shooting and criminal cases involving the armed Papuan groups had claimed the lives of 10 members of the Indonesian police and military as well as 10 civilians. (Antara)