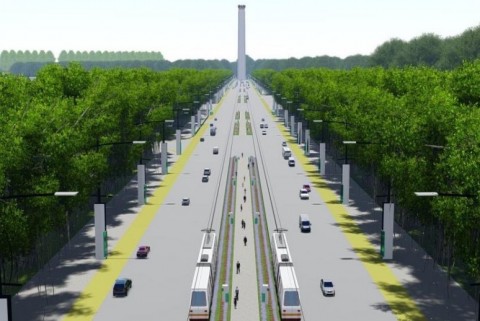 Illustration (Photo:PUPR Ministry)
Jakarta: The government is considered to have to deal with a myriad of problems before moving the national capital to East Kalimantan. One of them is the potential for social inequality between residents and migrants.

Deputy for Social Sciences and Humanities from the Indonesian Institute of Sciences (LIPI) Tri Nuke Pudjiastuti said that the Kalimantan region is dominated by mining companies. Residents often feel that they have been ostracized by stakeholders.
BERITA TERKAIT

"Usually, migrants struggle more than local people. The level of marginalization is high. This is the challenge of the new capital in Kalimantan," Tri said in the National Seminar on the Placement of the State Capital and its Implications for the Social Life of the Population, at the LIPI Building, South Jakarta on Thursday, November 28, 2019.

"There is an education gap. Civil servants need to do demanding work and they must easily adapt. While local communities will have more difficulties adapting," she said.

The government was also asked not to ignore the potential friction between the middle-class population and the rural population around the new capital city. The process of moving the capital must be in accordance with the original purpose, namely, to bring about economic and demographic adherence.