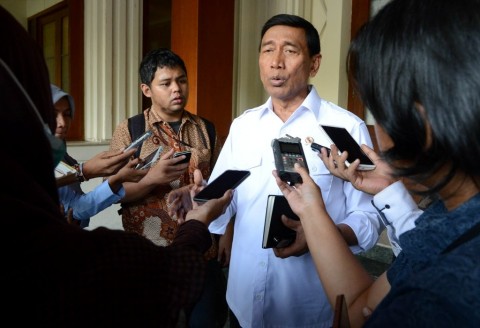 "We immediately handled and carried out the necessary steps and thank God he is in a stable condition," he added.

Firmansyah explained that Wiranto's stab wound was in the lower left abdomen. According to the medical report, the wound suffered by Wiranto was quite deep

"Is there internal bleeding? observation results did not find any," Firmansyah explained.

At that time, Wiranto wanted to return to Jakarta after attending the inauguration of a joint lecture hall at the University of Matlaul Anwar in Kampung Cikaliung, Sindanghayu Village, Saketi District, Banten.

According to reports, someone in black suddenly broke through security shortly after Wiranto got out of his official car. He was immediately brought to Berkah Pandeglang General Hospital. He was then flown to Jakarta by a helicopter.