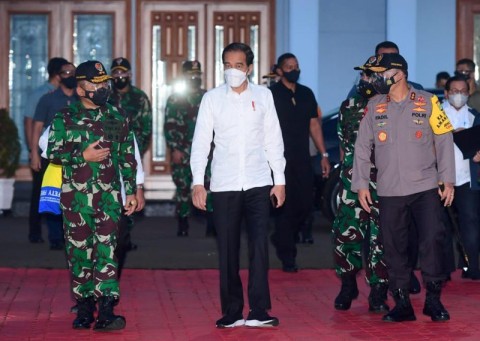 Jakarta: President Joko Widodo (Jokowi) has said that the government is developing a 5,000 hectare food estate in Central Sumba Regency.

"In the future, it can be expanded up to 10,000 hectares," said President Jokowi during his visit to Central Sumba Regency in East Nusa Tenggara (NTT) Province on Tuesday.
BERITA TERKAIT


During the visit, the President was accompanied by Public Works and Public Housing Minister Basuki Hadimuljono, Cabinet Secretary Pramono Anung and other officials.

"In NTT Province, the main problem is still water. Water is the key. Therefore, in 2015-208, we built wells and reservoirs here," the President stated.

Besides NTT Province, the central government has also been developing food estates in other regions, including Central Kalimantan and  North Sumatra provinces.

According to the former Jakarta governor, these food estate projects are expected to help boost food security in the country and improve the livelihoods of locals.