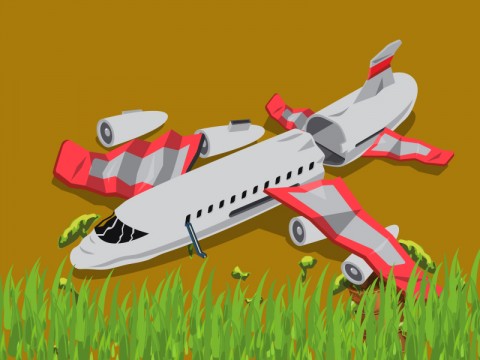 
Based on the observation from the helicopter deployed for search efforts, the plane was found in a state of destruction.

“It's very unlikely that the three crew members survived since the aircraft body was broken into pieces,” Sultan noted.

The victims will be evacuated from the plane crash site via land, he added.

During the evacuation process, security forces will be accompanied by local community and religious figures as a precautionary measure to prevent the disturbance caused by armed criminal group (KKB) in the area.

“I hope that there will be no disturbance from KKB,” Sultan noted.

The plane piloted by Mirza and co-pilot Fajar along with technician Iswahyudi was reportedly lost contact on Wednesday (September 15, 2021) at 07:37 a.m local time.

The plane which carried building materials, took off from Nabire at 06:40 a.m local time.

The Sugapa air transportation authority made last contact with the pilot at 07:30 a.m local time before the plane was missing.