Police to Guard Churches during Christmas 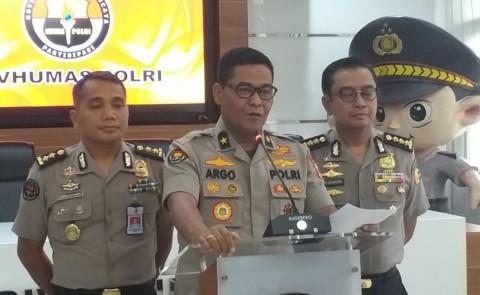 National Police spokesperson Brig. Gen. Argo Yuwono (Photo:Medcom.id/Kautsar Widya Prabowo)
Jakarta: Securing this year’s Christmas and New Year celebrations is on the police’s agenda at the end of the year. Christians and Catholics will go to churches during Christmas.

Argo said that all ranks of the Resort Police (Polres) will be mobilized. He explained that each Polres would coordinate with the local churches.

"Of course, all ranks of Polres will communicate with the churches," Argo continued.

In addition, Christmas also coincides with the holiday season. As a result, the police are not only focused on securing houses of worship.

"Security personnel will be prepared in recreation and shopping areas," Argo explained.

The Candle operation will take place from December 23, 2019 to January 1, 2020. There are approximately 100,000 personnel from Aceh to Merauke that will be involved

"This year's agenda is a humanitarian operation which is in the form of the candle operation. It will be held from December 23 to January 1. There are approximately 100,000 personnel from Aceh to Merauke that will be involved," Argo explained.