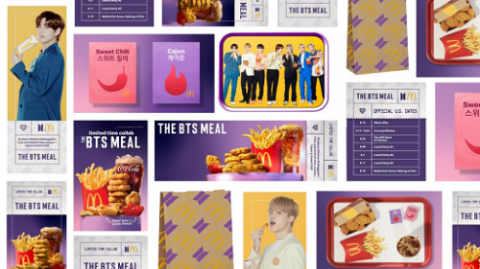 Jakarta: As motorcycle taxi drivers formed long queues at several MacDonald’s outlets across Indonesia to pick up BTS meals ordered via food apps, the National Police (Polri) stepped in to prevent crowding and urged them to follow health protocols.

Polri along with the Indonesian Defense Forces (TNI) coordinated with the regional administrations to educate the public to prevent long queues from forming in areas where COVID-19 can potentially spread, spokesperson for the National Police, Insp. Gen. Pol Argo Yuwono, said here on Wednesday.
BERITA TERKAIT


“Polri along with TNI has coordinated with the regional administrations to educate people regarding the phenomenon,” he informed.

He emphasized that the personnel adopted a soft approach to ensure the management at outlets prevented crowding, which would violate the health protocols.

“This is also our concern to be communicated to the COVID-19 Handling Task Force," he informed.

As reported earlier in the mass media and social media, long queues of drivers from online ride-hailing services, locally known as “ojek”, formed at several McDonald’s outlets across Indonesia to buy BTS meals, the newly released offering of the fast-food chain.

As the meals can currently only be picked up through the drive-through service or ordered through food delivery applications in the country, a rush of online orders led to ojek drivers thronging McDonald’s outlets in several regions such as Jakarta, Tangerang, Semarang, Bandung, Depok, Bogor, Malang, and some cities in East Java.

Some of the outlets were finally sealed.

A similar case had occurred earlier in May, 2020 when a large crowd had gathered at a McDonald’s outlet in Sarinah, Central Jakarta on the last day of its operation, in violation of large-scale social restrictions (PSBB).

The incident had led to McDonald’s Sarinah being fined Rp10 million for organizing a store closing ceremony during PSBB.