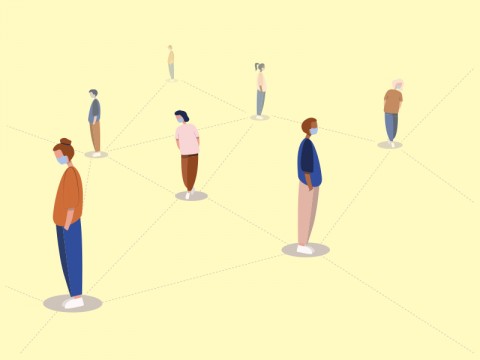 Illustration (Photo:Medcom.id/Annisa)
Yogyakarta: The government of Yogyakarta Province has decided to extend the covid-19 emergency response period till June 30, 2020 to stem coronavirus transmission.

"All regencies and municipalities and Forkopimda (regional leadership communication forums) have agreed to extend the emergency response status, which was originally planned to end on May 29, 2020," secretary of the Yogyakarta Special Province administration, Kadarmanta Baskara Aji, said on Wednesday, May 27, 2020.
BERITA TERKAIT

The decision to extend the emergency response status was prompted by concerns over continued covid-19 transmission in the province, he explained.

"Although we have seen no new confirmed coronavirus cases in the past couple of days, we do not know whether we can maintain the zero-case status ahead," he pointed out.

During the emergency response period, the provincial government has been paying attention not only to the health sector, but also the social and economic sectors by distributing social assistance to local people, he stated.

"We have distributed cash assistance, basis necessities, and other assistance properly during the emergency response period," he informed.

The extended emergency response status is also aimed at preparing the province to draft standard operating procedures (SOP) in anticipation of the central government’s implementing a new normal order in the province, he said.

The province has not applied a new normal order. However, if it is applied, the local people will hopefully be prepared for it, he asserted. (antara)