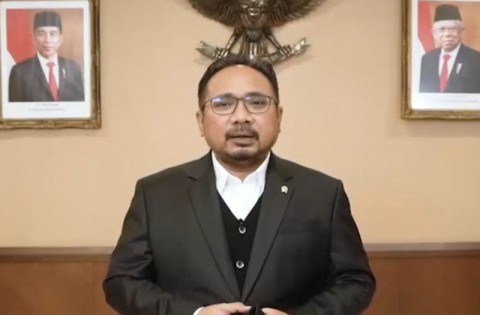 Jakarta: The Indonesian government took the decision to not send Hajj pilgrims to Saudi Arabia this year, citing the ongoing covid-19 pandemic as a reason behind the move.

"In the wake of the pandemic and to protect Hajj pilgrims and to ensure their safety, the government has again decided to not send them this year," Religious Affairs Minister Yaqut Cholil Qoumas noted in a press conference here on Thursday.
BERITA TERKAIT


The decision was taken after the ministry coordinated with various sides, including the House of Representatives (DPR), relevant ministries and institutions, religious organizations, travel agents, and other elements, Qoumas remarked.

Moreover, the Saudi government had not provided foreign nationals, including those from Indonesia, with access to perform the Hajj pilgrimage this year. Consequently, the Indonesian government did not have sufficient time to ready services and ensure protection of Hajj pilgrims.

On the other hand, the government suspended the sending of Hajj pilgrims to the Holy Land over security and safety concerns in the wake of the covid-19 pandemic.

"These all lay the basis for our consideration to prepare the policy. Moreover, new variants of covid-19 have spread in several countries this year," he pointed out.

Meanwhile, deadline for the dispatch of Hajj pilgrims under a certain quota has ended, he stated.

Citing an example, he remarked that if the Hajj quota is 30 percent, or 60,996 Hajj pilgrims, the deadline to set the Hajj quota must be May 11, and the date of the first flight batch will be June 27.