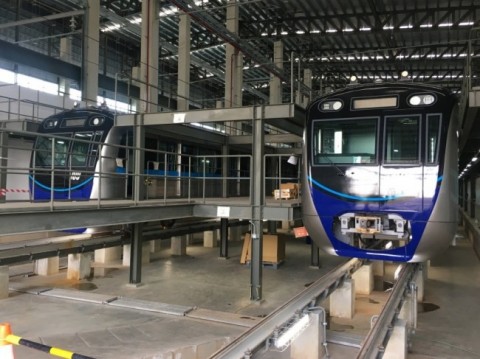 On Thursday, protests occured in several areas in Jakarta, including the Sudirman-Thamrin area. As a result, PT MRT Jakarta, the operator of the Jakarta MRT, decided to close down 13 stations.
BERITA TERKAIT

"Today the Jakarta MRT will be operational from 05.00 a.m. until 07.00 p.m.," said PT MRT Jakarta Corporate Secretary Division Head Muhammad Kamaluddin in a statement on Friday.

Protests flared up in Jakarta and other regions in Indonesia after the Indonesian House of Representatives (DPR) passed the controverial Omnibus Bill on Job Creation into law.

"We will immediately repair the damaged bus stops after we finish the reviewing process," Jakarta Governor Anies Baswedan said.